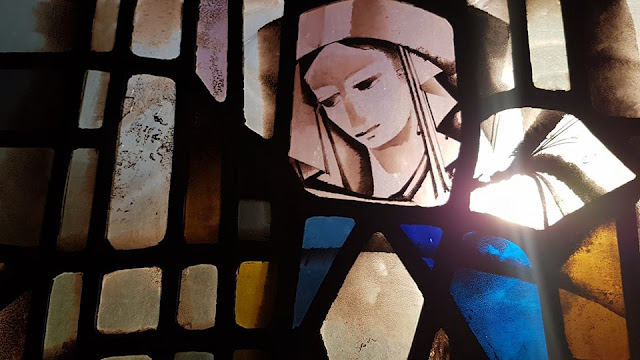 The traditional theme of the second week of Advent is JUDGEMENT.

God alone is qualified, is capable, to judge me.

And this means that, on the one hand, I am freed from passing judgement on myself; and, on the other hand, that I am compelled to live according to God’s judgement.

The judgement God passes on me, on you, on each and every one of us is enough:

‘When I made you, it was enough, lacking nothing. The life I have given you is also enough.’

This is in stark opposition to the insidious whisper of the Accuser, that I am never enough, that what I have is never enough. We are driven to compete, against ourselves and against our neighbour, the survival of the fittest, to control a scarcity that exists only in our imagination.

To say that you are enough is not the same as to say, don’t change for anyone. We desperately need change, to change, in every place where we believe ourselves to not be enough. But the starting point is a right and sober judgement on judgement.

To say that the life we have received is enough is not to say that the gross inequality of experience is God-ordained. Inequality is, rather, the fruit of insecurity, of fear-driven insatiable hunger for more — recognition, status, experiences, toys — at the expense of others. Again, the starting point to the change we all need is right and sober judgement on judgement.

Staring judgement in the face, neither lowering our eyes nor turning away, may be precisely what we need in these dark days.