Anyone who responds to Jesus’ command, ‘Love one another’ with, ‘Yes, but…’ has yet to allow those words to sink in.

With Peter, we say ‘Even though all become deserters, I will not’ (Mark 14:29). With Peter, we believe – passionately, and genuinely – that the measure of the love between Jesus and us is our being more faithful than, potentially, everyone else. Last man standing. Whereas, in fact, the measure of the love between us is that Jesus is as faithful to us as he is to everyone else who, sooner or later, falls short.

Jesus is more gentle towards us than we are to ourselves – for so often our hardness towards others is an outward projection of our hardness towards ourselves, our fear that if some secret or other be placed under enough pressure, we too will desert. Yes, we will. But the last man standing doesn’t win the game: we fail, and triumph, together.

And leave the rest to God, who always wills to turn death to life.

Posted by Andrew Dowsett at 12:44 am No comments:

‘This is my commandment, that you love one another as I have loved you. No one has greater love than this, to lay down one’s life for one’s friends. You are my friends if you do what I command you. I do not call you servants any longer, because the servant does not know what the master is doing; but I have called you friends, because I have made known to you everything that I heard from my Father. You did not choose me but I chose you. And I appointed you to go and bear fruit, fruit that will last, so that the Father will give you whatever you ask him in my name. I am giving you these commands so that you may love one another.’

Love one another. This is the way in which it will be apparent to everyone looking on that you are those who are learning how to live from Jesus.

Sunderland Minster is a fascinating place. Whereas many urban churches tend to bring together like-minded Christians from one particular tradition or other, the congregation at the Minster reflects the breadth of the Church of England under one roof.

So in a congregation served by four clergy, two women and two men, we have those who rejoice that the Church is moving closer to the day when women will join men in serving as bishops; and those who are deeply distressed by this development, and wonder what is becoming of the Church. Each are wrestling with what it means to follow Jesus, not as individuals but as a community. Each points to their understanding of scripture and tradition and reason and the leading of the Holy Spirit. Not to win an argument, but to navigate the life of faith.

And some are concerned that our lack of agreement presents a lack of unity, a divided house that cannot stand, dishonouring Jesus before the world.

Jesus, however, seems to have a different concern altogether. According to him, the world has rejected him anyway, and therefore his disciples should expect it to reject them too. But what will draw people to him is not a united front, but a deeper unity: our being united by loving one another. This is both the acid test of our devotion, and the means by which the world will be transformed.

Jesus shows us what that looks like. He shares bread with Judas, who will betray him. He shares bread with Peter, who will deny even knowing him let alone being one of his closest followers and friends. He shares bread with the rest of the twelve, who will all desert him. And look again (John chapters 13-17) at the words he speaks to each of them as he does so: he recognises that their decisions – to betray, to deny, to desert; but also to abide, to love, to remain in the world – come with a cost; not a trivial cost but a massive cost. He speaks words of encouragement, and he sets the example by laying down his own life for them.

For each one of us, there is a cost to following Jesus; a cost to following him within the company of Sunderland Minster; within the wider family of the Church of England. And for each one of us, that cost is at times so great that we find ourselves asking, is this cost worth paying? Can I bear that level of pain, of confusion, of being misunderstood, that rejection?

We didn’t choose Jesus, he chose us. He chose us not as individuals, but as members of a community – and we didn’t choose one another, either. He has brought together an unlikely band of brothers and sisters; and he has declared the Father’s intention to prune back what is fruitful in our lives, in order that it might grow back bearing more fruit, and to prune off what is unfruitful, in order that it no longer draws life away. Again, we don’t do the pruning, or decide what needs pruning.

But we do get to choose whether we will love one another, by sharing bread with one another and by recognising the different cost it costs each of us to do so.

The thing about love is that if you invest all that you have, it produces a return, a gain – a greater amount of love, to be re-invested in its turn.

It might even yield enough love to joyfully hold together people who disagree with one another about things that matter to them very deeply; who might hurt one another and be hurt by one another, and be restored to one another.

And in a divided – even polarised – world, that might just be truly noteworthy, and truly transformational.

Posted by Andrew Dowsett at 3:47 pm No comments:

I have been playing with ideas around the life of Sunderland Minster, engaging the heritage of faith and glass-making in the city. These images are 100% UNOFFICIAL. 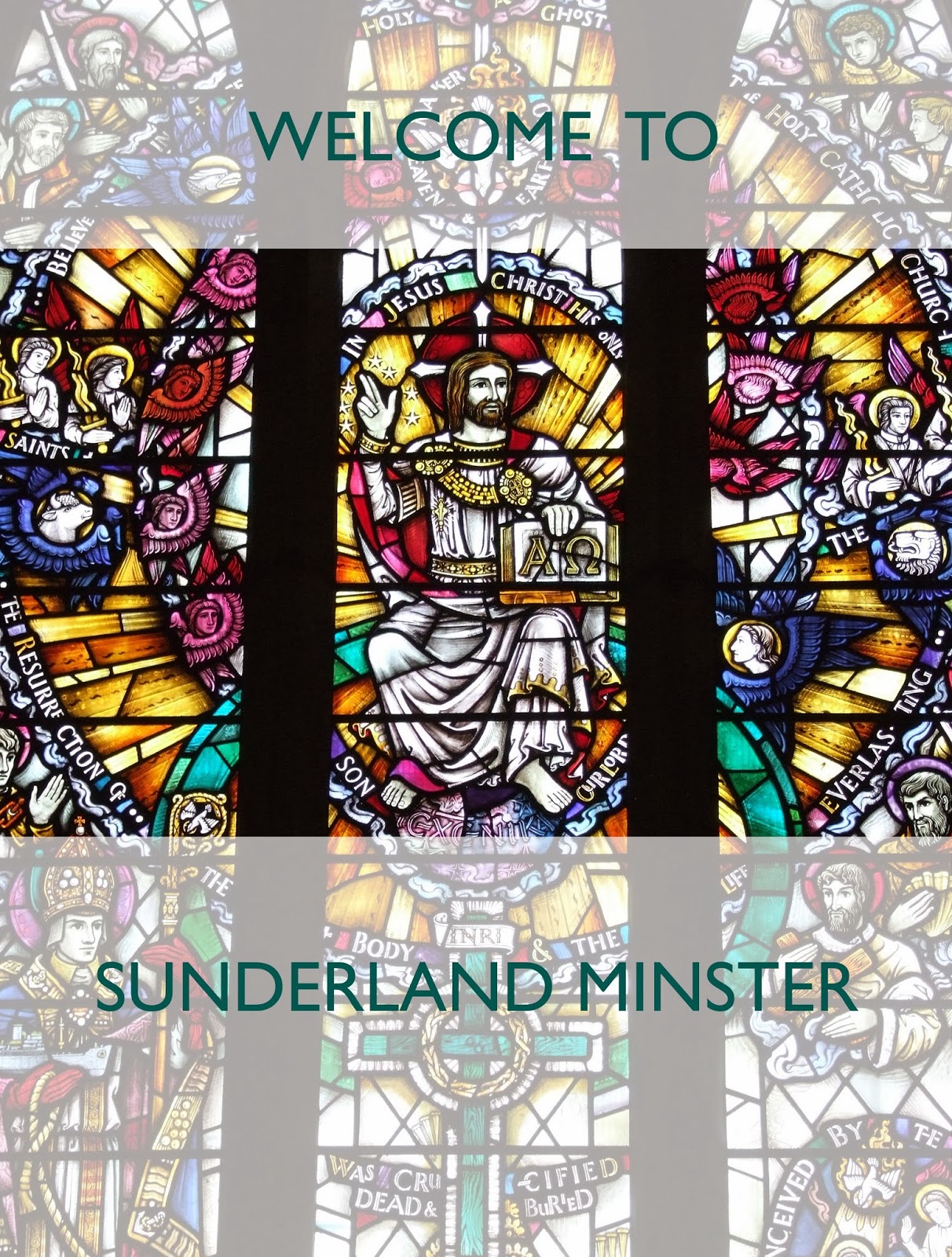 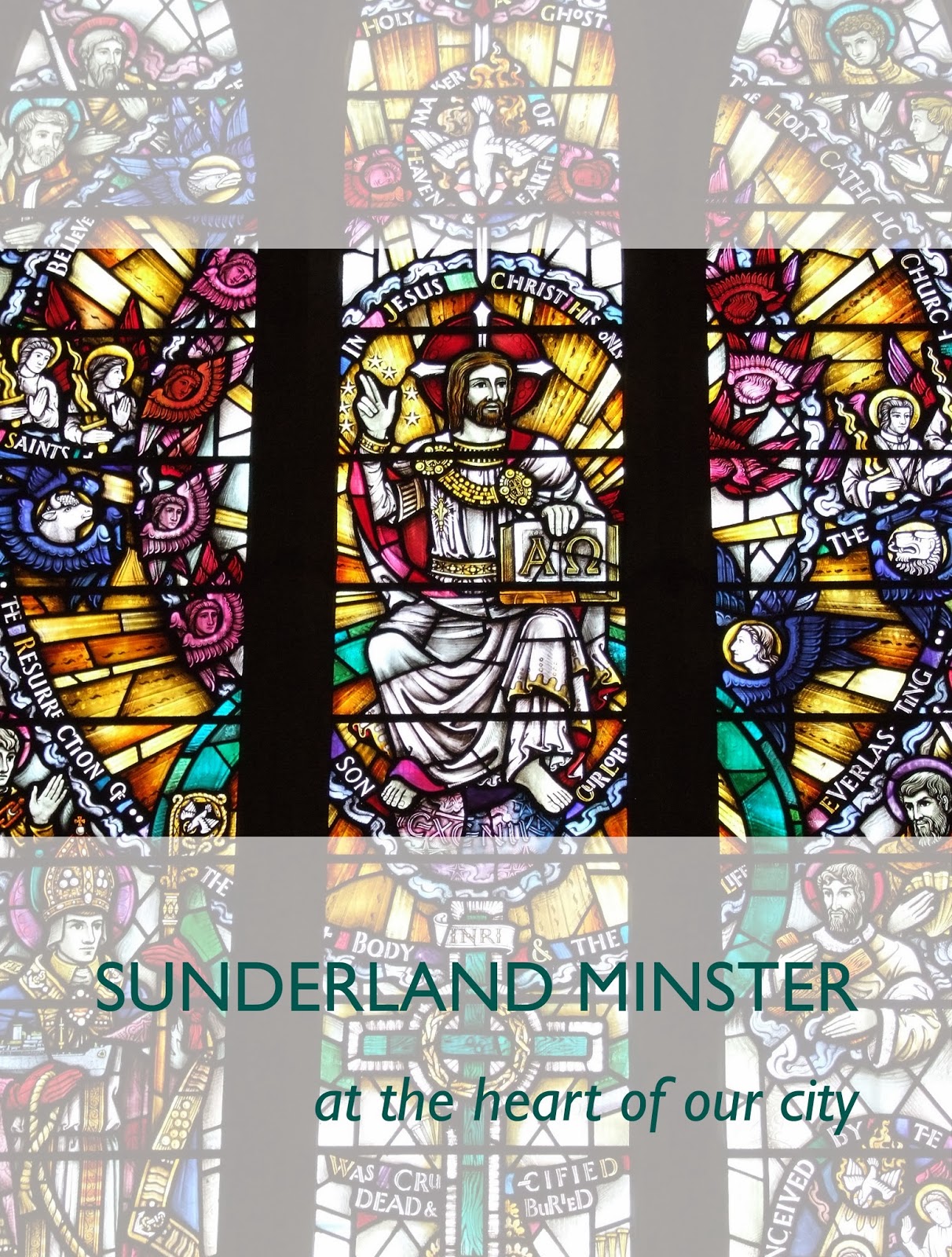 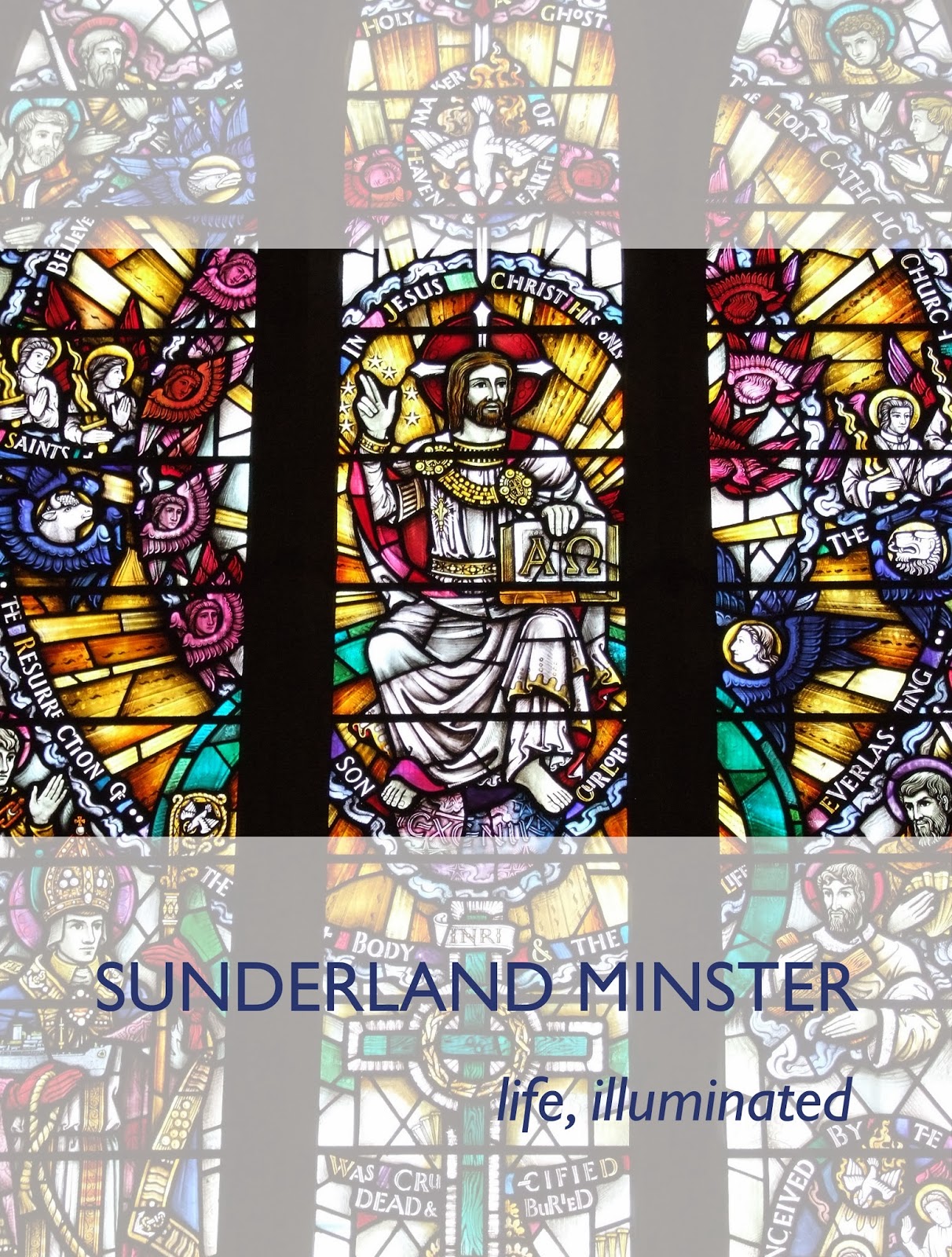 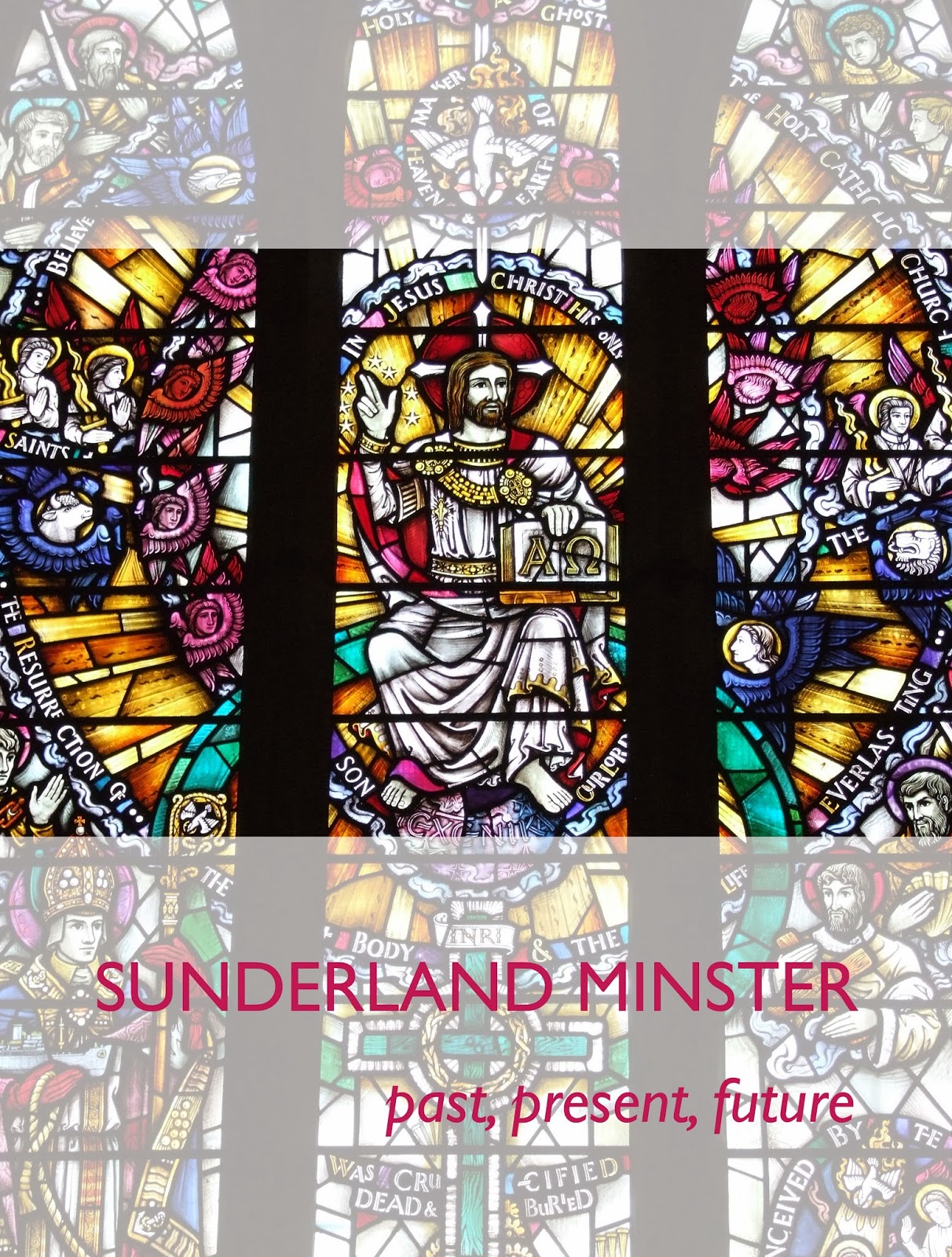 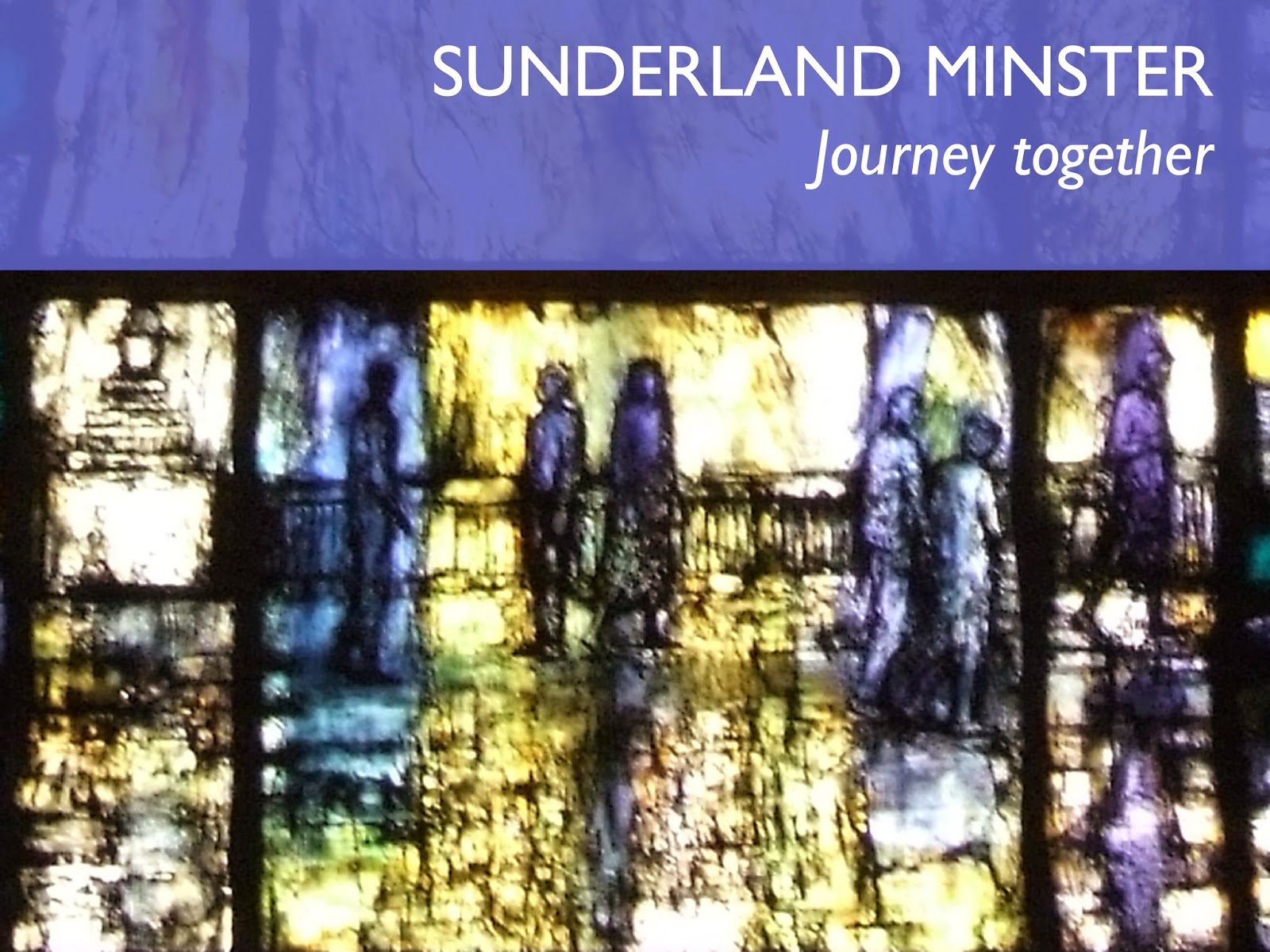 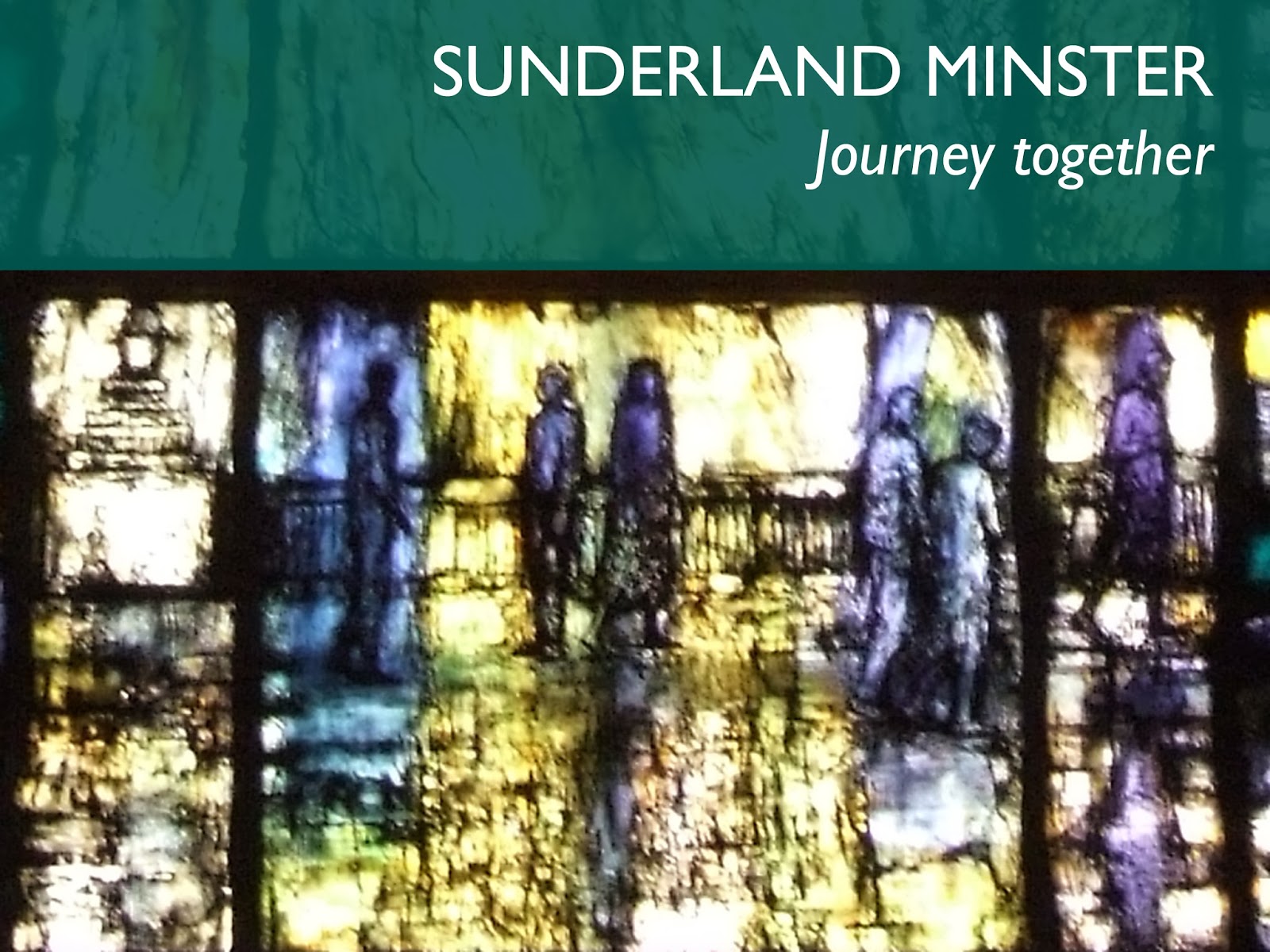 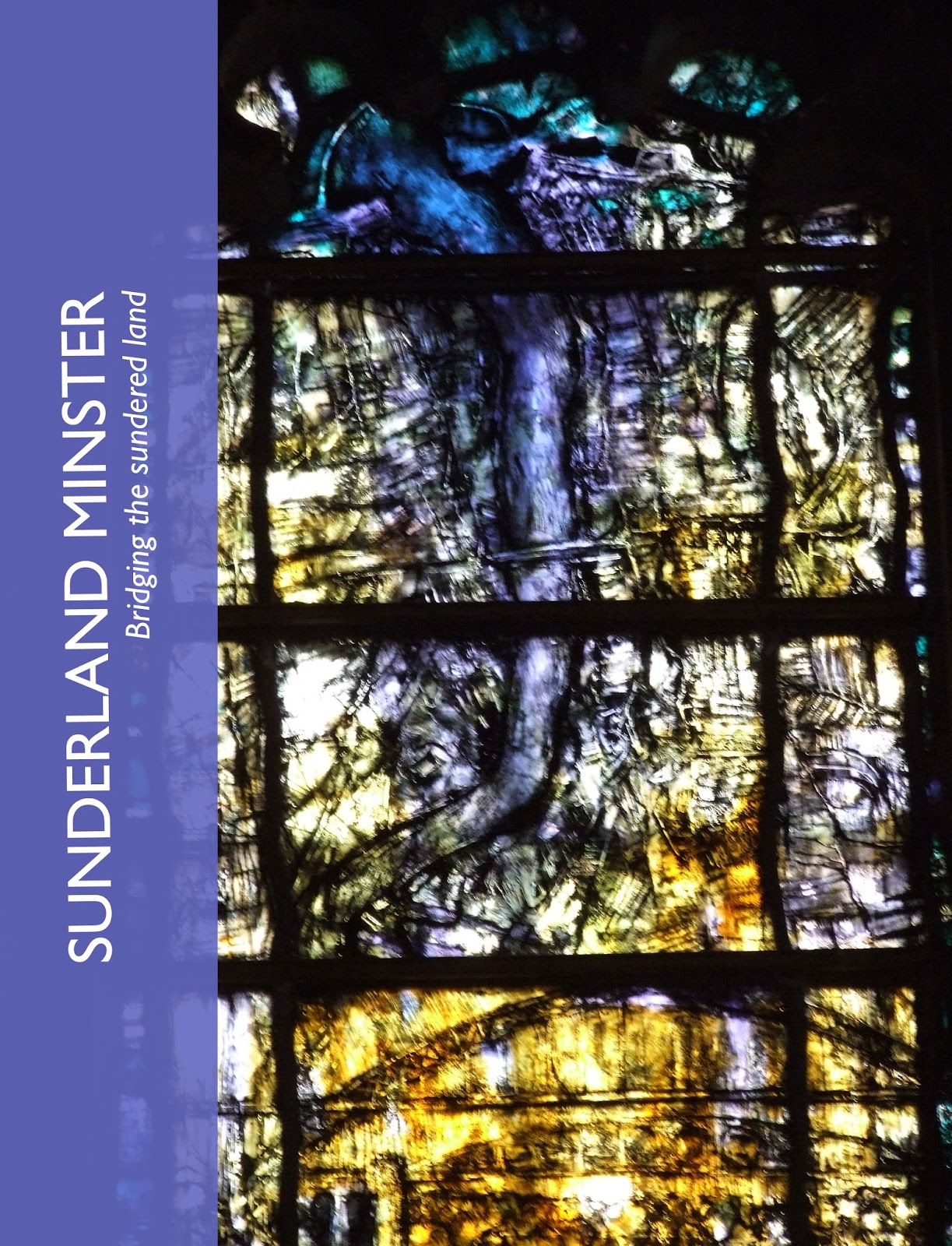 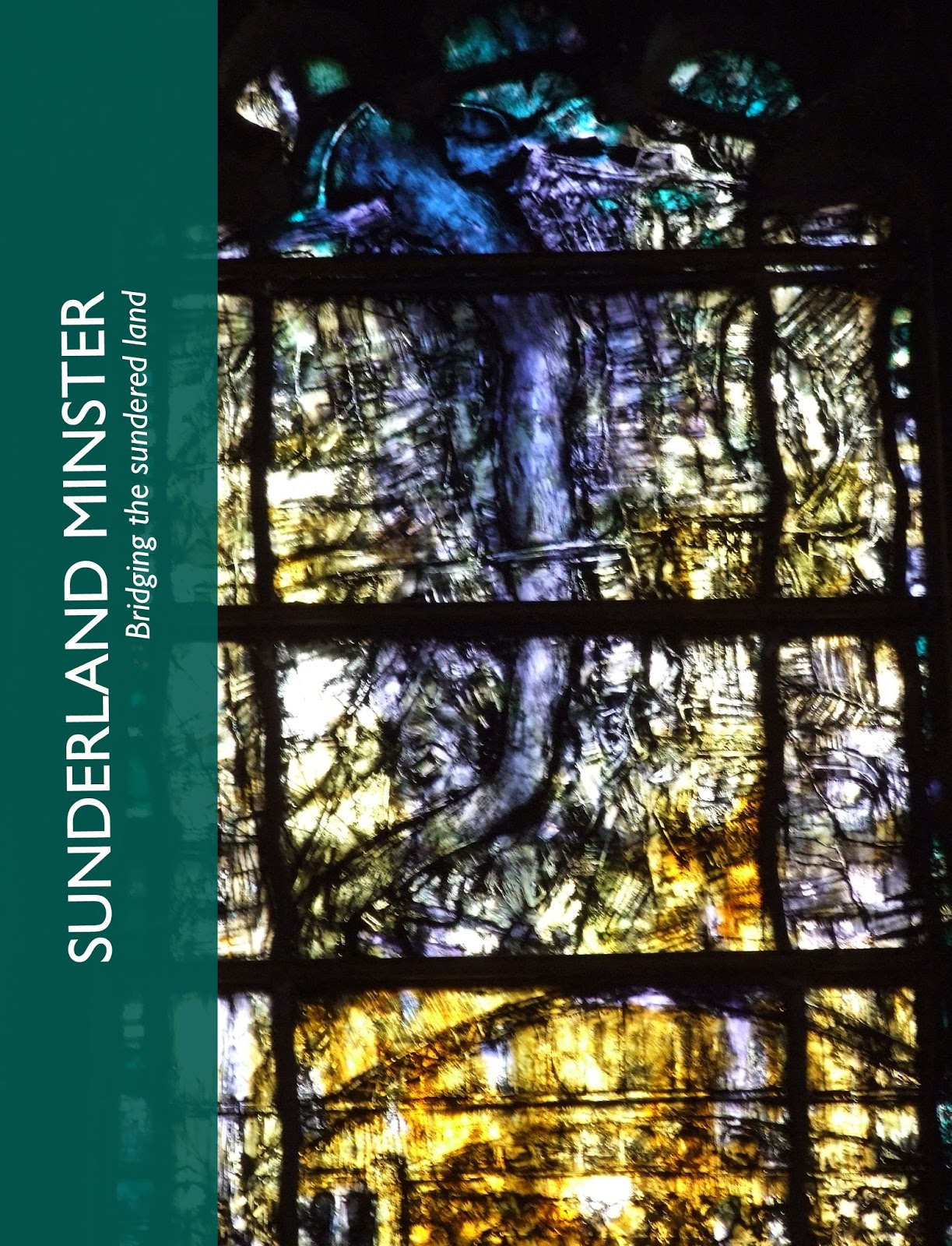 Posted by Andrew Dowsett at 12:41 am No comments:

Some three months after moving across the country, I have a number of regrets.

I do not mean that I regret coming here, to Sunderland, to the post of Minster Priest of Sunderland Minster.

A couple of weeks ago we received the news that a member of our former church family at St Peter’s had died suddenly. He had lived for a number of years hiding a serious medical condition, perhaps as much from himself as from anyone else, and the emotional effort this required meant that he was at times a difficult character to love. And yet he was, in his own way, an incredibly faithful and loving friend. He came to tend our garden every week, many times bringing us vegetables from his own allotment. He introduced my children to planting potatoes. Along with several others, he came over to Sunderland to be with us at my licensing. He sent a Christmas card. After his death, it transpired that he spoke of our family often to his parents, whom we never met.

I regret that, having moved away, we were no longer a regular part of Paul’s life, and he of ours. I don’t feel guilt, but I do have regret. I regret that I can no longer meet up with another friend for a coffee in the Village. Or that I can no longer walk through the Dunes on a sharp morning when the sand is crusted with a layer of thick frost. Or a hundred little things and any number of bigger ones besides.

But of course if we had not moved, bringing to an end certain things and closing off the opportunity for still others, then none of the opportunities here in Sunderland would have been possible.

Regret is inevitable. The secret is not to let the inevitability of regret rob you of the gift of life.
Posted by Andrew Dowsett at 1:11 pm No comments: