The clip was filmed by me, on my digital camera (note to self: get hold of a tripod). The words are from The Gospel According to John, chapter 1 verses 1-14, and are read by my good friend Mark Carey (note to self: position of voice in relation to microphone). It was put together as a spur-of-the-moment thing when Jo and I were visiting Mark and Penny yesterday evening. It might not be state-of-the-art, but it gives me an indication of how easy it is to put together something simple, and I think I might make some more...
Posted by Andrew Dowsett at 5:43 pm 3 comments: 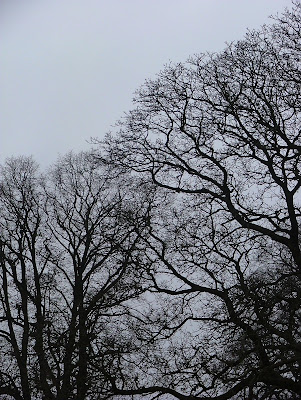 There's a lot I'd love to post at present, but most of my writing is being redirected towards essays instead...

However, I couldn't resist uploading this photograph I took on our quiet day today. I think it is stunning. And from a distance, it looks like an aerial photograph of an ice-shelf breaking up, or parched earth cracking...
Posted by Andrew Dowsett at 8:00 pm 1 comment:

“To triumph fully, evil needs two victories, not one. The first victory happens when an evil deed is perpetrated; the second victory, when evil is returned. After the first victory, evil would die if the second victory did not infuse it with new life…
…After all, I myself had been redeemed by the God who in Christ died for the redemption of the ungodly. And so…I started walking – and stumbling – in the footsteps of the enemy-loving God.”

Miroslav Volf, The End of Memory: Remembering Rightly in a Violent World, p 9 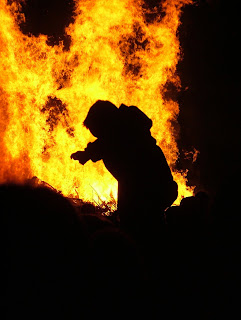 Then, in the evening, we joined with several other college families to go along to the local bonfire, a scout fundraiser. It was a mild night, and we had a great time. The kids loved the bonfire, but Susannah and Noah weren’t so keen on the fireworks – they were too loud. Walking back to college afterwards, Noah was quite upset. He told me, “God kept trying to tell me something, but I couldn’t hear because the fireworks were making such a noise!”

In my view, Bonfire Night (November 5th, but, increasingly, moved to the closest weekend) is incredibly important. If you want to reflect on why, here’s what I wrote about that last year.

Email ThisBlogThis!Share to TwitterShare to FacebookShare to Pinterest
Labels: faith and society, family 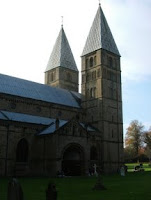 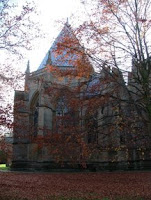 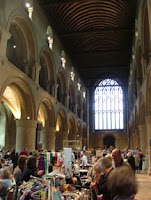 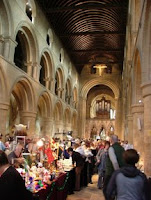 We had a great family day yesterday. First, in daylight, we paid a visit to Southwell [say ‘suv-el,’ rhymes with ‘shovel’ – not ‘South-Well’] Minster, the diocesan cathedral. It is an amazing church.

We went because the Minster was hosting a Christmas Market in the nave. It was packed out. And it was great to see so much activity, and commerce, taking place. Historically, the nave belonged to the people, and that space within a church was used as meeting place for all kinds of community activity. That was the way it was, before someone invented the fixed pew; and from that point on, where pews were adopted, it was impossible to use the space for anything other than (a particular form of) worship. The space was reclaimed by the Church from the community – missionally, a disastrous decision.

The pew played a major part in creating the sacred/secular divide.

I’d like to build a pyre of pews, and place an effigy of whoever invented them on top.

Given the rate at which local shops and post offices are being closed down, there is greater scope than there has been in living memory to open up the nave again, for all the people.

Afterwards, we had lunch in one of the surrounding villages. And Elijah came face-to-face with a shire horse, which washed his hair in its mouth!


Southwell Minster , church at the heart of the community
Posted by Andrew Dowsett at 10:32 pm 1 comment: