The broken gate of hell 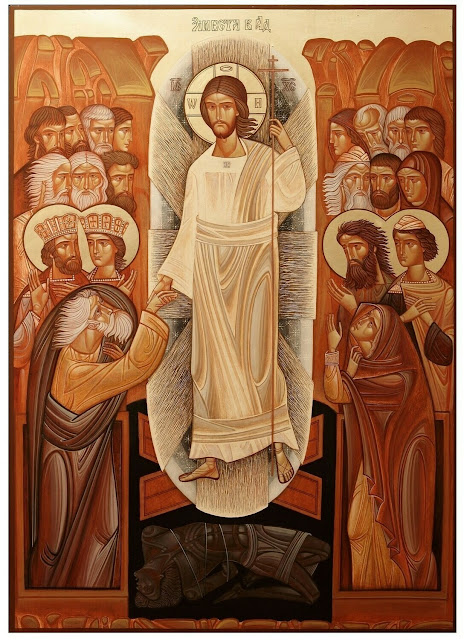 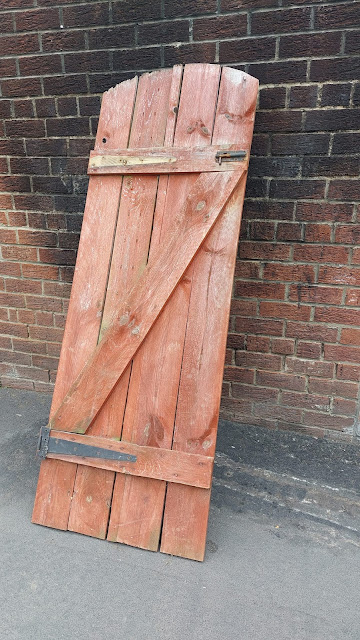 The Apostles’ Creed declares of Jesus that ‘he descended into hell,’ or as some traditions render it, ‘he descended to the dead.’ Several Christian traditions speak of that descent as the Harrowing of Hell. Traditional icons of the Harrowing of Hell depict Jesus standing over the broken gates of hell, which have fallen across themselves in the shape of a cross; and leading our first parents Adam and Eve out from captivity to spiritual death. Here I share Lyuba Yatskiv’s new interpretation of ‘the Descent into Hell.’ You can just make out the gates of hell beneath Jesus’ feet, and beneath them she has depicted Satan as the strong man who has been bound in order that his house may be plundered, a reference to Jesus’ teaching in Matthew 12 // Mark 3 // Luke 11.

Posted by Andrew Dowsett at 7:37 am

Email ThisBlogThis!Share to TwitterShare to FacebookShare to Pinterest
Labels: Easter