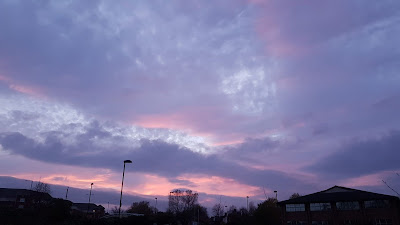 As a teacher of an ancient and, to many, a sacred library, I am very aware of the relationship between us and those texts we privilege. And—dare I say it—I find myself troubled by a text you will come across repeatedly around the Eleventh of November:

“They shall grow not old,

as we that are left grow old;

age shall not weary them,

nor the years condemn.

At the going down of the sun

and in the morning,

we will remember them.”

This is a text that starts out as a lament over the utterly tragic loss of a generation of young men, and rightly so. Even so, it flirts with the age-old glorification of youth, and is readily co-opted by our obsessive revulsion with aging. Age shall not weary them, nor the years condemn. The lament over needless dying young becomes a lament over necessary growing old.

The youngest Titan, Cronos, castrated his father Uranus (the Sky; this is why the sky bleeds red every at every dusk). In early tellings of the story, he did so with his teeth; later, the tale was gentrified, providing him with a scythe—which is why Old Father Time (Cronos = chronological time) carries a scythe. Later, Cronos devoured his own children in order to prevent them from doing the same to him, though he was deceived into swallowing a rock rather than his sixth child Zeus, who grew up to rescue his siblings from their father’s stomach. So you can see that we have had a fear of aging and a love of youth for a long time.

I am not yet old, but I am a middle-aged man, and a man who as a younger man had a vasectomy (I do not fear the scythe). And I do not see aging as a curse, but a blessing, a privilege denied to many. It is also true that middle-age comes with a great deal of sadness and not a little confusion, and can be tiring—I sometimes feel weary, but not condemned—along with moments of breath-taking grace and beauty. But I am not convinced that our—rightful—remembering those whose lives were cut short should be conflated with the awesome burden of growing old.

Email ThisBlogThis!Share to TwitterShare to FacebookShare to Pinterest
Labels: faith and society, remembrance