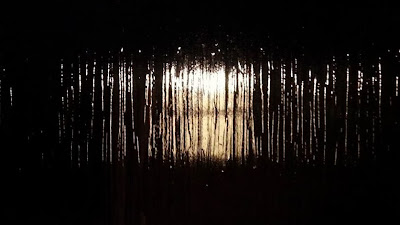 In the Prologue to the Gospel According to John, we read this:

‘He came to what was his own, and his own people did not accept him. But to all who received him, who believed in his name, he gave power to become children of God…’ (John 1:11, 12)

‘…she gave birth to her firstborn son and wrapped him in bands of cloth, and laid him in a manger, because there was no place for them in the inn.’ (Luke 2:7)

we hear John as saying: When he was born, his own kin refused him; but to those who later received him – to his disciples, who believed in his name – he gave power to become children of God.

The inn is an unhelpful poor translation: it is not the motel (as in, where the Good Samaritan took the bandit-battered traveller to recuperate), but the guest room of a home (as in, the upper room where Jesus celebrated one last Passover meal with his disciples). When Joseph and his pregnant wife turn up, the guest room of his relative’s home is already full; and so they are welcomed into the room the family slept in; a room in which the animals were also kept at night, penned in at one end; their manger, filled with clean straw, being a fantastic impromptu crib.

There is rejection in the nativity accounts, and it is found in Matthew’s telling: Herod, and the power-holding elite in Jerusalem, presented with the light shining in the darkness – by star, and prophecy – draw back into the shadows, where their true motives might be concealed.

But this is also the story of those who received Jesus. And, in particular, they were Joseph’s family: the long-since dis-empowered heirs of the House of David. And they are restored as children of God, not on the basis of their heredity or illustrious ancestor but on the basis of God’s promise to David.

Not everything is black-and-white. Not everything is a binary choice. But here, John presents us with just such a choice. This is not a story of rejection, which allows us to sit over the account, in judgement of others. It is a story where some choose the darkness, and some choose the light: and we are presented with making the same choice – if not by the end of the Prologue, certainly by the end of the Gospel…

Posted by Andrew Dowsett at 6:30 am