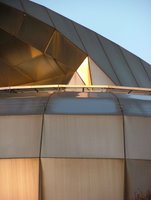 After Jesus was born in Bethlehem in Judea, during the time of King Herod, Magi from the east came to Jerusalem and asked, “Where is the one who has been born king of the Jews? We saw his star in the east and have come to worship him.”
…
After they had heard the king, they went on their way, and the star they had seen in the east went ahead of them until it stopped over the place where the child was. When they saw the star, they were overjoyed. On coming to the house, they saw the child with his mother Mary, and they bowed down and worshiped him. Then they opened their treasures and presented him with gifts of gold and of incense and of myrrh.
(Matthew 2:1-2…9-11, New International Version)

I love the Magi.

According to tradition, one came from Russia, one came from Africa, and one came from I-don’t-recall-where…I’m not sure how they got together. I guess they had come across each other’s blogs – perhaps because they’d each Technorati-tagged their posts ‘Magi’ – and ended up talking via conference-call on Skype. Who’s to say?

The Magi were originally the priestly tribe within the Median Empire, which unified with the Persian Empire, which swallowed the Babylonian Empire…All this empire-jostling (including the Jewish Exiles to Assyria and Babylon, and the return to Jerusalem following the Persian conquest of Babylon) resulted in Jewish priests and Zoroastrian priests being aware of and influencing each other’s thoughts…By the time of Jesus, it is likely that the Magi had lost all of their earlier socio-political influence, but still passed down their traditions…So, they’d be into interpreting the divine messages of the night sky and have enough time on their hands to go off following stars on open-ended journeys…

The Magi are, in a quite literal sense, Christ-seekers, Christ-followers. And yet there is no evidence to suggest that they ‘converted.’ Christmas – perhaps awkwardly for the Church and Secular Atheists in equal measure – is not just for Christians, or those considering converting to Christianity…


Advent
Posted by Andrew Dowsett at 12:00 am