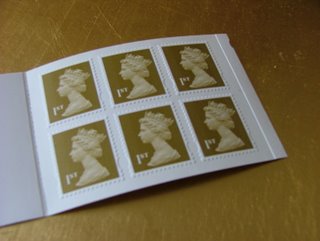 Today is Her Majesty the Queen’s 80th birthday. There has been much attention given by the media to her workload, and to the fact that she will never abdicate.

Personally, I like the fact that our Head-of-State is unelected: that she did not come to her position through courting the backing of powerful interest-groups who demand something in return, but as an accident of birth – the elder daughter of the younger brother of a king who abdicated; born not in a palace but (just like my own son) in a private family home.

But I’m not really interested in whether you are pro-monarchy, anti-monarchy, or ambivalent in regards to the monarchy. What I am interested in is the observation that a significant proportion of the Queen’s work is to honour other people for the contribution they have made to their community. Some are famous celebrities; most will never be heard of beyond the community they have quietly served over many years, bringing positive transformation – ushering-in the kingdom of God, whether or not they themselves would claim to act in his service.

If that were a significant proportion of my work, I wouldn’t want to retire either.

And, then again, why shouldn’t it be a significant proportion of my work? your work? anyone’s work?


The Queen , honouring others
Posted by Andrew Dowsett at 9:45 am