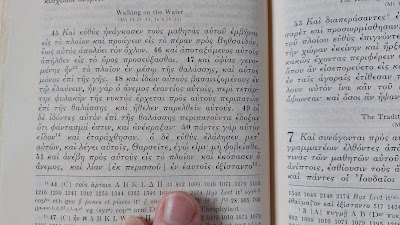 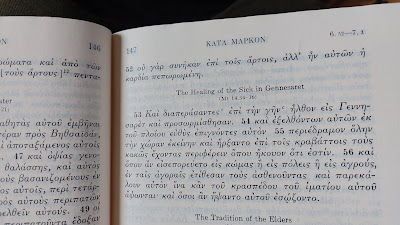 The new Prime Minister arrived at Downing Street in a torrential downpour. I’m excited that she is going to deliver on making us “an aspiration nation [aka cloud cuckoo land] with high paying jobs.” But I was mostly struck by her recurring motif of being in a storm: landing with “together we can ride out the storm.”

I was reminded of a story from the Gospel According to Mark. In the evening, Jesus had sent his disciples to cross the lake by boat, while he went up the mountain, alone, to pray. During the night, he sees that they are ‘straining at the oars against an adverse wind’ and goes to them, walking on the water. Seeing him, and assuming him to be a ghost, they were terrified, but he calms them, and the wind, and, as a result, they were utterly astounded, because they did not understand the significance of Jesus having fed the multitude, as their hearts were hardened.

The Greek is more vivid and urgent than the English. Their straining conveys torment and torture, being examined or interrogated under torture. Their rowing, pulling on the oars, is also used of wind, and demonic power. The wind itself is described as their adversary, the Adversary being also a title of satanic power. Jesus’ approach causes them to be stirred up, agitated, while their response to his addressing the situation is to be besides themselves, displaced, looking on themselves from a dissociative position. And we are also told that their capacity to exercise desire-decision for moral preference was calcified.

In other words, the wind and the disciples and the demonic and Jesus are all complex, interrelated factors at play in the storm, in which they were not making expected headway. Moreover, they are compromised in their ability to choose what they desire, and what is best, despite themselves.

Such is the manner of the storms that buffet us, storms the Prime Minister quite rightly recognises. And the passage sheds insight on why, with the best will in the world, the party she leads has not delivered on their own aspirations, having had twelve years to do so. And why a change of government would do no better, whether in the short term or the long run. The issue is not one of party politics, but, ultimately, of the human heart.

I wish the new Prime Minister well, as I did her predecessor. I wish us all well. But my hopes will be modest, at best; apart from the hope I have placed in Jesus, from whom I withdraw in fear at times, but who prays for us, and comes to us, and rescues us, so that we do not merely ride out the storm but cross the lake to the place where the most vulnerable, who cannot strive for excellence, find wholeness.