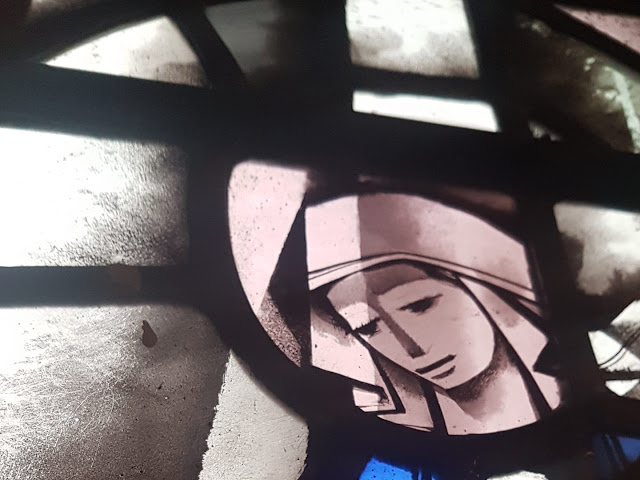 When a nameless soldier pushed a spear between Jesus’ ribs, rupturing his heart, Mary’s heart had already been pierced with a sword. Run through as she stood her ground, refusing to move—“What are you going to do? Kill a defenceless woman? You already have.”

Mary was dead. But not just any old dead, not common-or-garden dead. Mary was dead, but unbowed. Still breathing. Walking. Would keep breathing. Death gets to have its day—announced long ago—but not the final word.

If Jesus’ resurrection, on the third day, was a seismic event—and it was—Mary was the foreshock, the warning-sign that it was coming.

I believe in the literal, physical, bodily resurrection of Jesus...and that, one day, we will experience the same gift of divine grace. But I also believe that, as Mary was the foreshock...so, many since have experienced foreshocks. Where your heart has been pierced, may you be one of them.

May you be as Mary today.

Posted by Andrew Dowsett at 9:45 am