Be My (Carbon-Neutral) Valentine 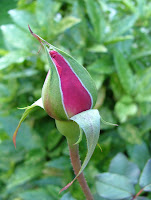 This Wednesday is Valentine’s Day, the day when we are supposed to go out and pay three-times what we would pay any other day of the year for a bouquet of roses for the one we love. But that is just the tip of the (melting) ice-berg in terms of environmental cost…

A report out this week by Cranfield University compared the carbon emissions involved in the production of batches of roses sold in the UK and grown in Kenya and Holland. [reported p. 36, The Times, Saturday February 10 2007]

Guess which roses have the higher carbon cost? Well, it’s a no-brainer: it has to be the Kenyan roses. And if I tell you that transportation accounts for 91% of the carbon emissions of the Kenyan roses – that’s the aeroplane industry for you – compared to less than 1% for the Dutch roses, those stats only go to confirm it, right? Wrong.

Growing and importing Kenyan roses produces 6,004 kg of Co2 per batch; or 17% of the 34,188 kg of Co2 produced by the Dutch roses. Growing roses on an industrial scale in the Netherlands takes a lot of light and heat (and even then results in half the yield of roses grown in Kenya’s natural climate)…